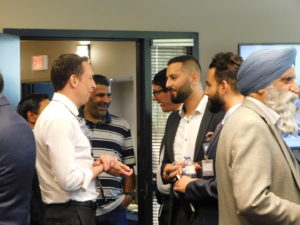 On Thursday, August 29th, QAI Laboratories hosted a networking event at their facility in Burnaby, BC aimed to connect local Hi-Tech hardware manufacturers with members of the Federal Government and local boards of trade. The Honorable Harjit Sajjan, Minister of Canadian National Defense, was the keynote speaker. The Minister was able to outline federal governmental procurement processes, various categories and life cycles of federal funding and encouraged our local business to engage and participate. The Minister acknowledged the importance of Canadian content but also emphasized that Canada is an inclusive trading partner which commits to honoring contracts with other nations. 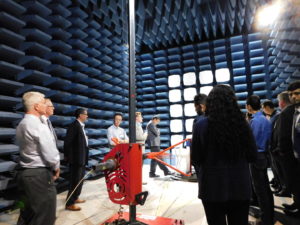 The Minister emphasized the importance of demonstrating Canadian Sovereignty in the Arctic not just via increasing the Naval and Airforce fleet but also, and importantly, via supporting local indigenous populations. How better to demonstrate sovereignty than by having a viable, healthy, and well supported Canadian population in the Arctic? The Minister expressed a great deal of pride over the depth of Canadian technical capability across the spectrum of those involved in studying the Arctic and stated that a key driver behind that brain trust is the Canadian approach to immigration and desire for diversity. 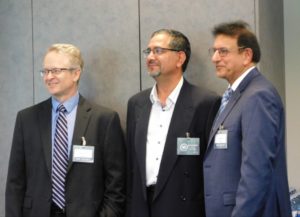 One member of the audience praised the Federal Government on their National Shipbuilding Strategy and changes made to procurement processes in which an estimated $13 billion has been added to Canada’s GDP resulting in overall social and economic benefit to Canadians. It was suggested that the success of the National Shipbuilding Strategy be replicated in other areas of government procurement. Gordie Hogg, MP for South Surrey – White Rock was also in attendance and provided the audience with an energetic speech about the capability of Canadians and our strong reputation throughout the world.